My drawings explore concepts such as new designs for plant architecture and plant evolution in a contemporary visual language, exploring a future nature influenced by a technology infiltrated human environment. They have been described as blueprints for future ecological systems.

'Melis is interested in this constant re-categorisation of plants as they evolve and transform through minute, fractal displacements of development. She senses their restlessness, their reactionary status as plants adapt to increasingly hostile situations under the relentless impact of human expansion’ (Anna Falcini, 2016, flora The Commissions, catalogue)

‘Carl Linnaeus (1707-1778), botanist, zoologist, physician and taxonomist, published his Systema Naturae in the Netherlands in 1735, followed by his Species Plantarum in 1753, marking the first scientific enquiry into the reproduction and categorization of plants. Georg Ehret’s accompanying illustrations, so precise yet so lively, appear to inform Anne-Mie Melis’ plant imaginings. Delicately rendered with a hint of colour, her ‘botanical’ drawings are pent up with anticipation. They are infused with a sort of kinetic energy … Melis’ drawings are poetic speculations on future plants: auditory, electronic, intelligent and self-determined’ (Frances Woolley, 2016, flora The Exhibition, catalogue) 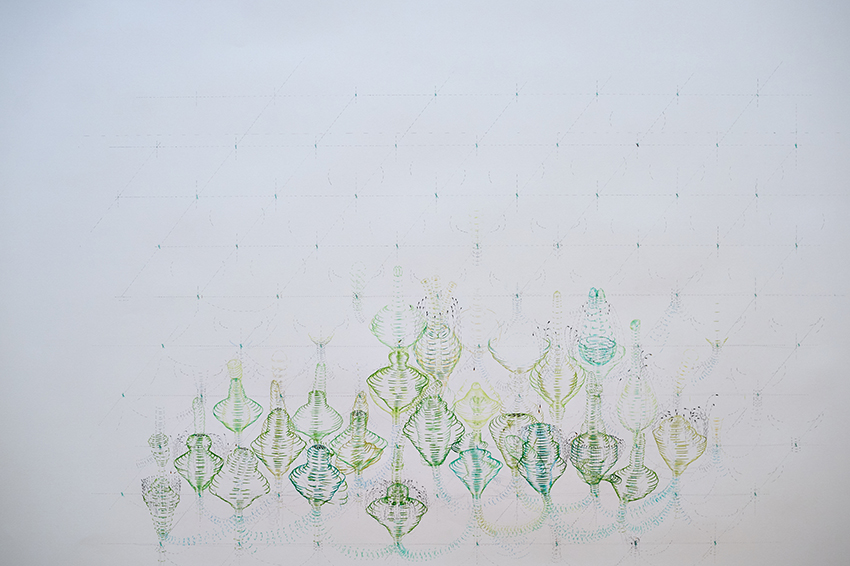 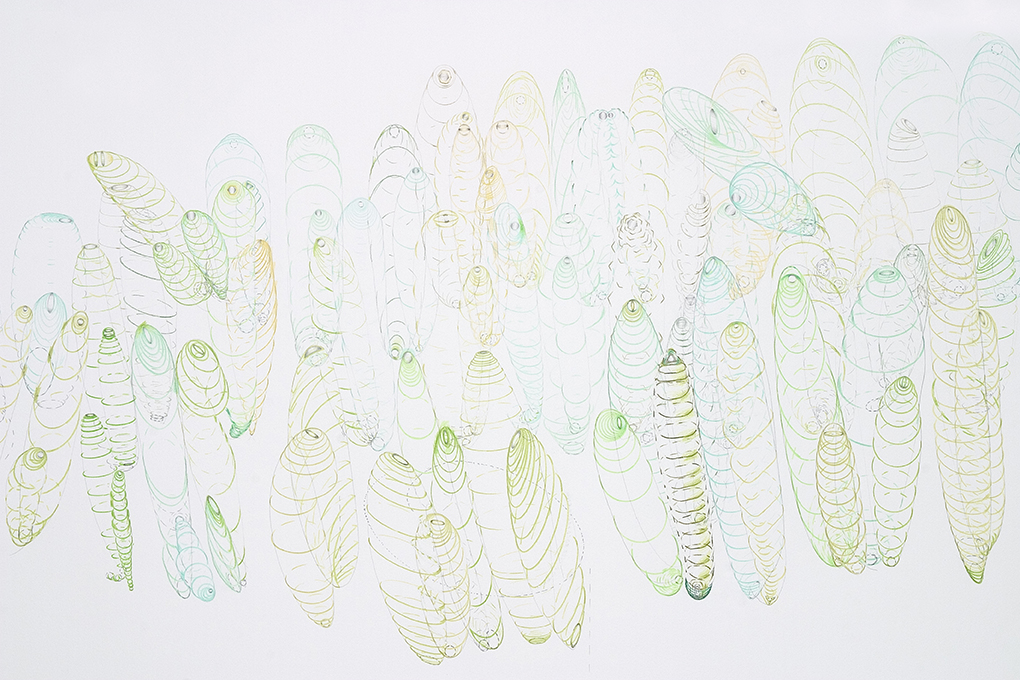 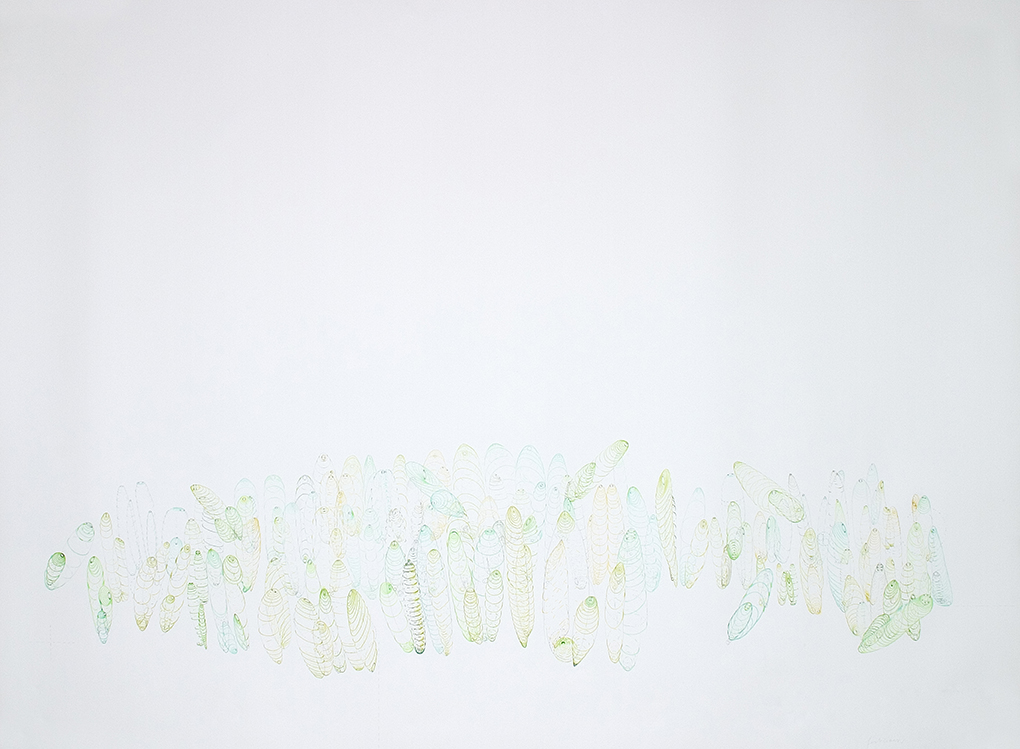 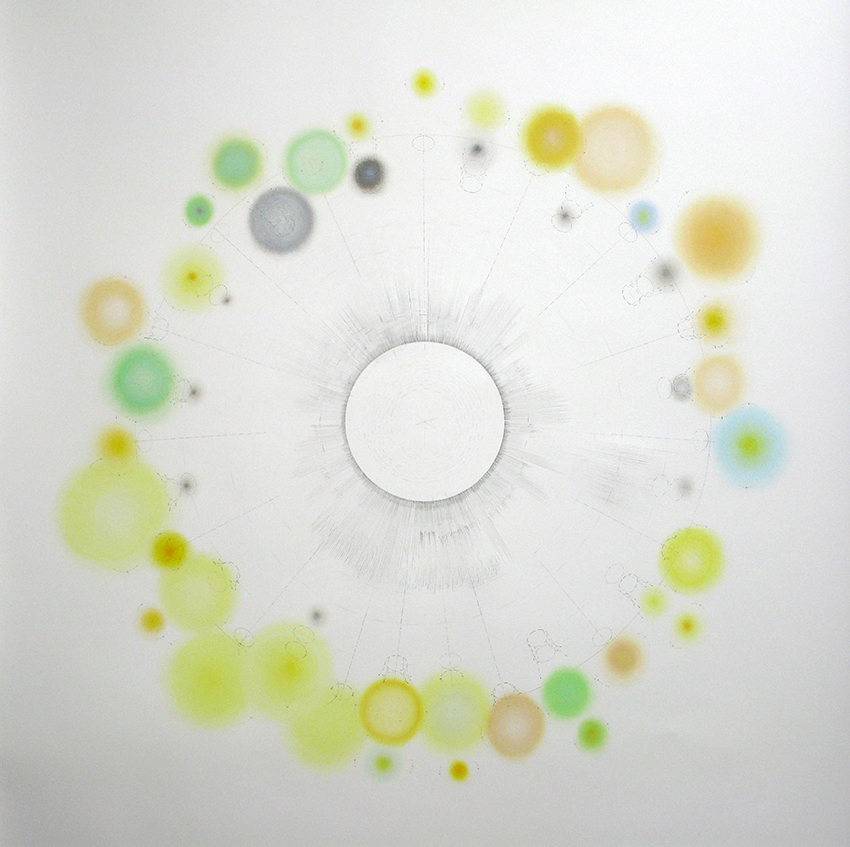 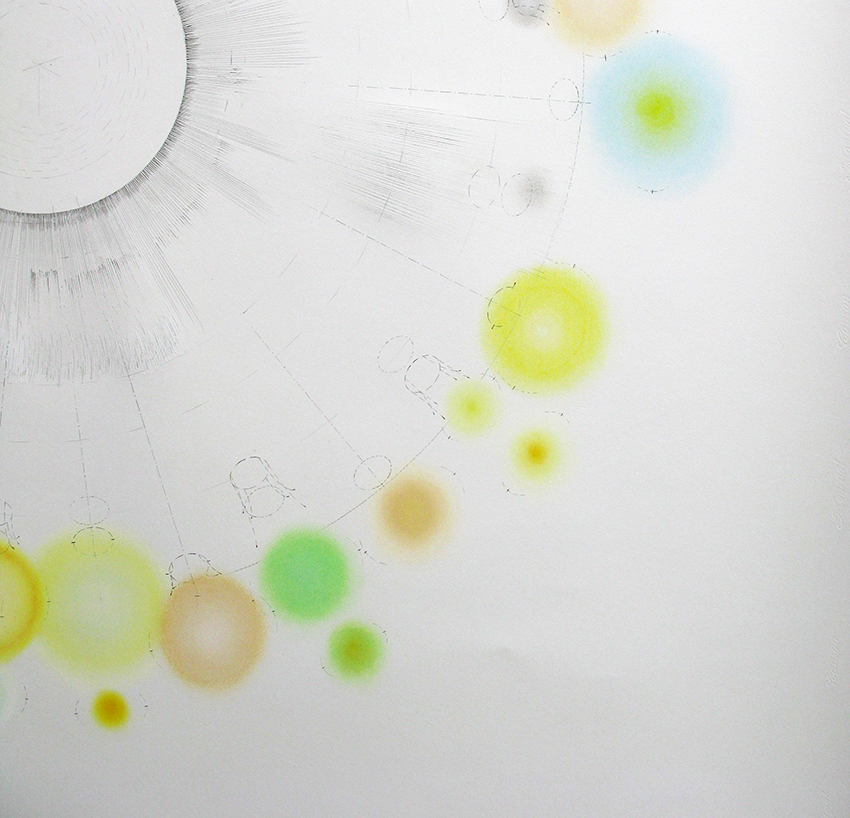